4 Lessons I Learned From a “Gap Year” on the Road 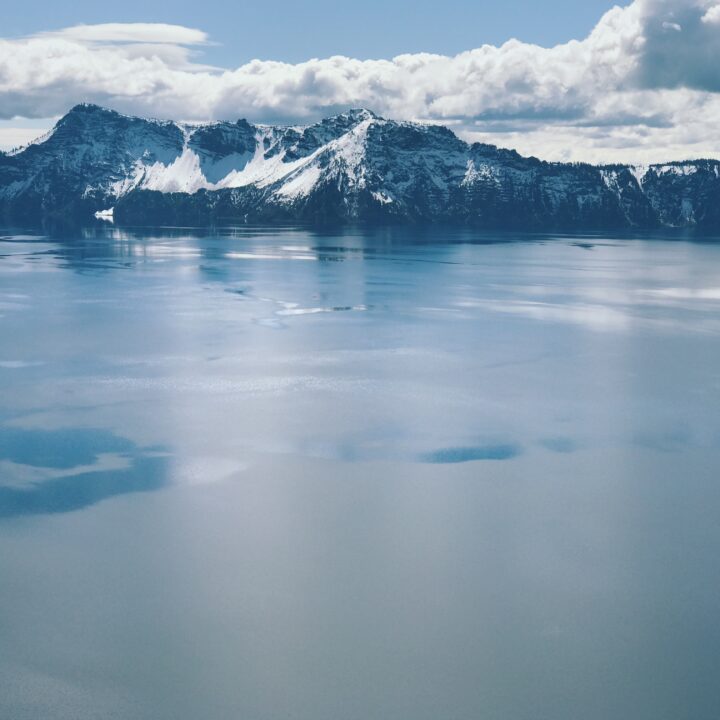 In the modern world, there is a certain formula that many, if not most, people follow once graduating high school. That formula typically includes continuing their education into college and beyond. From a very young age, we’re told this is a “recipe for success”. Simple as that, huh?

Even with all of this conditioning, some people choose to take a different path. Perhaps they’re not convinced that going to a university is the best option for them and opt out entirely.

Or maybe they need a little bit more time to figure things out. Whatever the reason is, taking a “gap year”, a period of time between graduating high school and going to college, is a common practice for many young adults.

I’m one of those young adults that chose to press the pause button.

After high school graduation, I was pretty unclear on what I actually wanted to do for the rest of my life. But there I was, expected to make one of the biggest choices of my life at 17 years old. It didn’t sit right with me.

So, rather than waste my parents’ money on a degree I had little chance of sticking with, I accepted their offer to travel with them in an RV full-time. That “yes” may be the best decision I have ever made.

While I reflected and planned for my future, I was traveling around the U.S. and Canada, experiencing more of the world and gaining clarity. This trip proved to be invaluable in more ways than one.

As I think back on my 17 months spent in the RV, certain lessons stand out that I believe could be useful to other high school graduates in a similar position.

4 Lessons I Learned From a “Gap Year” on the Road

1. College, specifically right out of high school, is not always the best option.

This is a point that I touched on in the introduction. The public education system, of which I was a part of, falls into the trap of lumping every student together into one conglomerate.

I don’t want to pretend to be an expert on education, but from my experience in the school system, the diversity of dreams and goals among my peers was vast. Therefore, you would expect the roadmap for their future to be diverse as well.

This is not always the case. Believing college is a student’s only option if they want to be successful is a fallacy, especially in the modern era of the internet.

Regardless of whether or not college might be the best route for a graduate to take for their field of choice, there is also the group of young adults that are not sure what they want to do.

Schools put massive amounts of pressure on students to decide where, when, why, and how they are going to attend a university, which I don’t believe is the best practice.

In the scramble to put a plan together, students often make decisions, expensive decisions, that will not fully play out.

A gap year can mitigate the damage that might be done from hurried, uninformed decisions.

2. Life on the road isn’t for everyone, but it’s certainly for me.

Moving away from college talk for a moment, let’s dive more into the RVing side of things.

When my parents first pitched the plan of full-time RV living to me, I remember feeling like I should pinch myself, just to make sure it was real.

The idea of living and traveling in an RV full-time was completely foreign to all of us. I mean, I don’t even think we knew anybody who owned an RV, let alone lived in one.

Despite this, we jumped in head-first. Thanks to the research and courage of my parents, within 100 days of deciding to purchase and live in a travel trailer, we were on the road.

RV life comes with a plethora of pros and cons, as do most things in life.

Honestly, before we spent that first night in the trailer, I had no idea what I was in for. Would I even enjoy the experience? Would the lack of stability and familiarity cause me to leave early? Everything was up in the air.

Even with all of these doubts floating around my head, that first summer of traveling, with all five members of my family living in the 200 square foot RV, was the most exciting few months of my young life.

Everything was lively and new, even down to the most mundane parts of RV living.

As time moved on the lifestyle became a bit more “normal”. Once out of the honeymoon phase, new challenges were presented. Family dynamics would become strained at times.

Certain creature comforts were dearly missed. Travel fatigue from being constantly on the move would hit me at the worst moments. Even while living this dream of a lifestyle, certain aspects were becoming a little old.

Undeterred by these problems, we continued traveling for over a year. And I am so happy we did.

After fully embracing the RV lifestyle, it’s very apparent to me that it takes a certain kind of person to willfully abandon the traditional way of life in favor of a smaller and less luxurious one. Not everyone could do it, and not everyone even wants to do it.

As for me, well, I intend to have a round two.

Once things fall into place, I fully expect to spend more time on the road. The freedom of having nothing holding you back is something I’ve always sought after. Ever since I got a taste of that freedom (thanks to my amazing parents), I knew that I would make my way back.

3. It’s OK to decide that college isn’t a part of your plan after all.

The concept of a “gap year” is often looked down upon by those who strongly believe in the traditional education system. I’ve heard, from both teachers and peers, that it’s better to figure things out as you go.

“Don’t take a break,” they say, “because it’s much harder to come back to school than it is to continue”.

After I graduated high school, I wasn’t sure whether I would ever actually go to college. It was still in my mind as a possibility, but it was becoming less and less likely.

As I wrestled with this decision internally, I was also influenced by the people close to me. Watching my friends begin their degrees at the university of their dreams didn’t make my choice any easier.

They sure seemed to be having a lot of fun, all the while building up portfolios and skills that will help them succeed. But, my parents didn’t go to college right out of high school, and their work barely feels like work to them.

This resulted in an internal dialogue swayed by all of the different “voices of reason” around me. Should I pursue a career in a field such as engineering or architecture?

I seemed to enjoy those courses in high school, so maybe I’ll enjoy it in college as well. But will I be happy? Perhaps I’ll take a little bit more time to figure it out.

Eventually, after a tug of war between the two sides of my mind, I came to the conclusion that I would wait even longer.

If after taking a gap year (or two) it becomes apparent that college isn’t the best choice for you, don’t feel guilty.

Every person is different, and that means every person is entitled to make the decision for themselves. Even though you may feel pressure and compounding expectations from people in your life, choosing to continue your education is a very personal choice.

At this point in my life, at 21 years old, I can’t say for certain that I won’t ever complete any higher education. However, I’m working my hardest to make sure I can live comfortably and stay happy without the need for a (rather pricey) college education.

4. The only way to achieve a goal is to simply act on it.

This next lesson is one that I’m continually working on.

I regard my parents as the best role models I could possibly ask for. Living with them for 19 years of my life taught me an incredible amount about patience, persistence, and discipline.

I’ve watched them build businesses from the ground up. I’ve seen them get an idea in their heads and not give up until they succeed. And I witnessed the difficult journey of leaving everything behind in the name of travel and freedom.

Through all of this, the main theme was simply action. They had a goal and acted on it.

Having first-hand experience of the power of acting towards your ambitions is inspiring, to say the least.

Our transition from living in a suburb in Texas to traveling full-time in an RV showed me that most things are possible as long as you have the drive.

Once I decided to tackle the world on my own, I used this mindset to land me in Alaska. My once-far-fetched dream of living in the 49th state quickly became a reality as soon as I took the first step.

Whatever your goal may be, it will always be worth it to take that first step and see where things take you.

In conclusion, be proud of who you are and where you’re headed.

It took me quite a while to become comfortable with the choices that I made. Don’t waste your time with that.

Whether you take a gap year or not, move forward with confidence and make the most out of your situation. You won’t regret it.

Josiah Bonner is the middle child of Todd and Julie Bonner. Having gained the invaluable experience of living on the road with his family, he felt overcome with the desire to continue exploring. That search landed him in Seward, Alaska, where he currently resides. His love for the outdoors is welcome with open arms in the Last Frontier, and with an endless amount of hiking and backpacking to be done, he’s eager to share the best that Alaska has to offer. 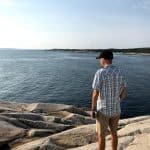 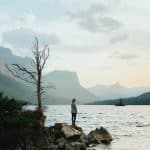 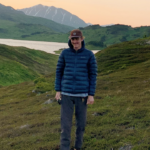 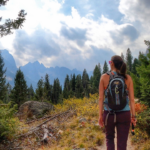